This week we’re changing it up a lot and starting our Feature Friday- Traveler Series with Kate Lyons! Instead of focusing on an artist or designer, the last Friday of each month we’ll share some tips and stories from people who have traveled everywhere. As both Tara and I love to travel, we wanted to bring more travel inspiration to Castle Foundations. Hopefully reading about other’s epic adventures will get you to save some money and go out and travel too! If you’ve already got the travel bug, then we have some advice that can help you plan your next trip as well. This week’s feature, Kate Lyons, has done extensive traveling throughout Europe and seeks to spend the rest of her life continuing to see more places and continents. Her most recent trip gave her the chance to trek through London, Amsterdam, Paris, Rome, Malta, Venice, Nice and Galway for six weeks.

During her time there she not only got to see some of the world’s most famous sights, but didn’t have to break the bank to do so. Currently she has her own blog to document her travel experiences and give others tips about how to travel affordably. She also has a lot of advice for anyone who wants to go on a similar trip so keep reading and check out hopelesswanderer1.wordpress.com to hear more about her travels!

: What made you decide you wanted to travel?

: I’ve always had the desire to see more of the world for as long as I can remember, probably from watching movies and shows as a kid. I told myself that I would do a big trip around Europe when I was in college. So when I finally got to college it was almost like I didn’t have a choice in the matter, like I was fulfilling some kind of prophecy I had made for myself. Even with all the factors saying it wasn’t a good idea, this was just something I had to do, even if financially it didn’t seem to make sense. And now, I’m so glad I did it. I don’t regret a single dollar I spent. I will make that money back eventually. Those experiences were invaluable.

: Out of all of the countries and cities you’ve visited which was your favorite?

: My favorites were London and Malta for two very different reasons. From the first full day in London, I felt like I could see myself living there. It’s so easy to get around and it’s really not all that different from a city here in America so it would be an easy adjustment. There’s just so much to do there, I couldn’t imagine ever being bored of it. 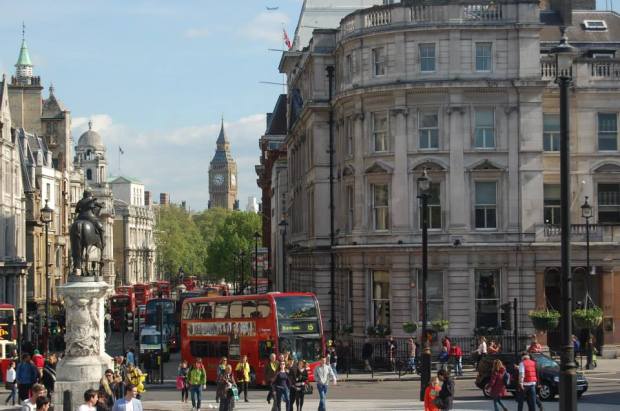 Malta, on the other hand, I loved in an entirely different way. It’s so beautiful and relaxing. I don’t think I could ever live there, not until I’m retired at least, because I don’t think I would get any work done. It’s so hot and sunny I would just want to relax by the Mediterranean all day every day. I traveled with my boyfriend Frankie and since his family lives there we had an apartment to ourselves and ate every meal for free at his aunt and uncle’s seaside restaurant. His family welcomed us with open arms and showed us everything the island had to offer. It was so different after a month of traveling alone, and everything we could have asked for.

: What, if anything, do you wish you had done differently?

: We did this trip with the mentality of being on a very strict budget. In almost every circumstance, if it cost money and wasn’t necessary, like food or travel expenses, we didn’t do it. We only spent $3,000 each for six weeks, which was a lot less than we anticipated and it was great to come back with more money than we expected. Looking back, we both agree that we wish we had done a few things that at the time we said were out of our budget. In hindsight, we should have sprung for one nice, real Italian dinner in Rome or taken the 40 Euro bus ride to see the Cliffs of Moher in Ireland. 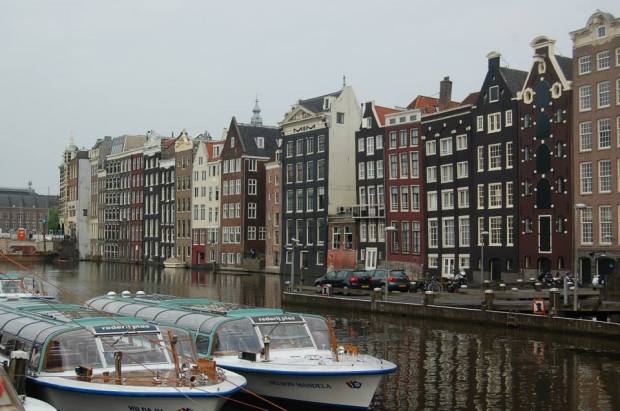 : How does one go about planning a trip like this?

: We planned everything meticulously. We did hours and hours of research. First we decided where we wanted to go and found some big things to do in each city and used that to decide how long we wanted to spend there. Then we searched for tickets to and from each city and plugged in different dates to find the best prices. That’s how we determined the order we would go to them in. We did find out that it’s cheaper to fly into Ireland than any other part of Western Europe. Even if Ireland isn’t somewhere you want to go,  you can fly to other countries from there. 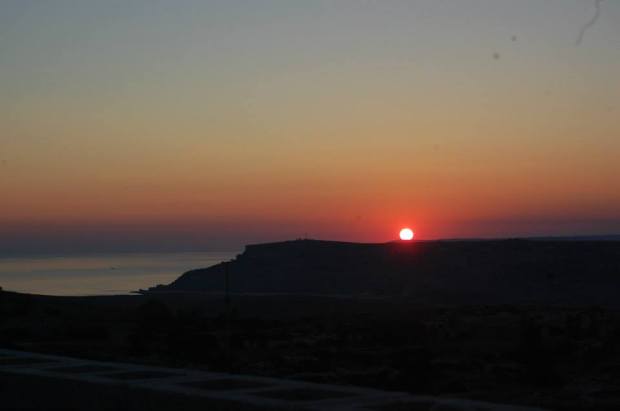 After we bought all our tickets we looked for places to stay. We compared prices, locations, and all kinds of of factors between different places in various areas of each town. Then we bought all of our bus and train tickets from the airports to our hostels. We didn’t leave much room for spontaneity, which might sound like it takes the fun out of things, but we met a few people who were figuring it out as they went along. They seemed much more stressed out and ended up spending hundreds of dollars more than we did.

: Tell us a little about your housing/living situation while there?

: We stayed in almost all hostels with the exceptions of Paris, where we stayed in a inexpensive hotel, and in Malta, where we stayed in Frankie’s dad’s flat. For the most part we couldn’t have been happier with the places we stayed. We had a lot of reservations about staying in hostels from all the horror movies out there, but we never felt unsafe. When we were choosing where to stay online, in a lot of cases we chose a cheap price and a good location over cleanliness and level of service, so we didn’t have very high expectations. But in all but a few (like Venice, where there was a pretty bad bug problem) we had great experiences. We met a lot of great people and made some memories with them that we’ll never forget.

: How did you travel from place to place?

: We took planes everywhere. Fourteen in six weeks. It turned out to be the cheapest option after buses and we didn’t want to spend entire days sitting on a bus. Planes got us to a different country in about an hour and for only around 30 to 40 Euros.

: What were the best foods you ate while there?

: We did everything on the cheap so nothing we ate was too gourmet, but we did try to eat one meal that the city is known for everywhere we went. In London we went to a pub for fish and chips and shepherd’s pie; in Amsterdam we got pannekoeken, or Dutch pancakes, for breakfast; in Paris we bought baguettes and brie and salami and ate them under the Eiffel Tower. In Rome and Venice we were always able to get affordable pizza and pasta, but it was never fantastic. We ate our fair share of gelato and drank a lot of wine pretty much everywhere we went. 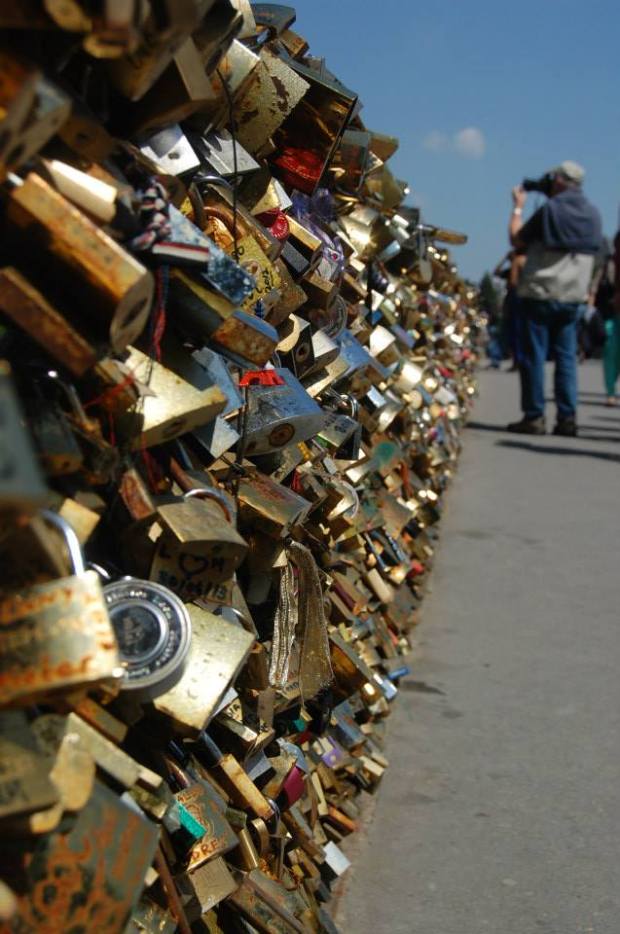 : What advice would you give to people who want to try backpacking?

: Just go for it. Don’t let anything stop you. You can find a way to do it. Even if you don’t have anyone to go with – we met plenty of people who were traveling solo and they actually met more people and probably had a more social experience than we did.

: What isn’t? I’m dying to go to Eastern Asia. For a while I was focused on Thailand but I’ve heard that I might like Vietnam even more. But it will be a while before I can afford that plane ticket.

: Tell us a little about the blog you keep to document your travel experiences.

: I started the blog as a way to show people that it is possible to do a trip like this without spending as much as you might think you have to. We learned a lot when we were planning this trip and I don’t want all that knowledge to go to waste. I write about our experiences in each city and what we learned both in preparing to leave and once we were there. Blogs like this really helped us when we were looking for things to do, so I want to help other people in the same way. I think this is an experience everyone should have if they want to! 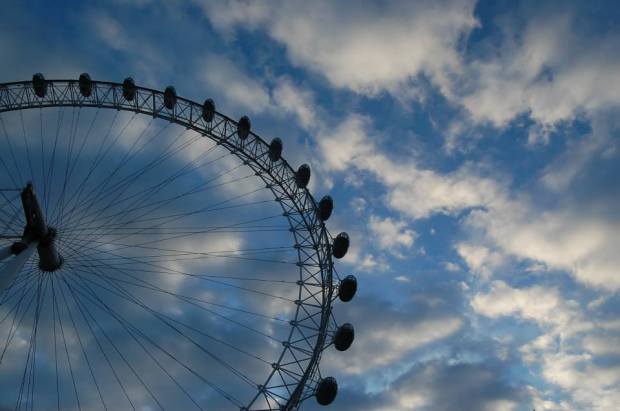