We happened to be home for one day prior to our end of summer trip to the Berkshires (posts coming soon!), and were supposed to be packing for our trip. Except we suddenly remembered the Travers was happening that Saturday and that Triple Crown winner, American Pharaoh was going to be racing in it! Of course the race was sold out but we had just set our minds to going and were able to get 3 tickets the night before! We got there super early to avoid traffic and get a prime bench which let us have a spot all day to watch the races before Pharaoh came out. 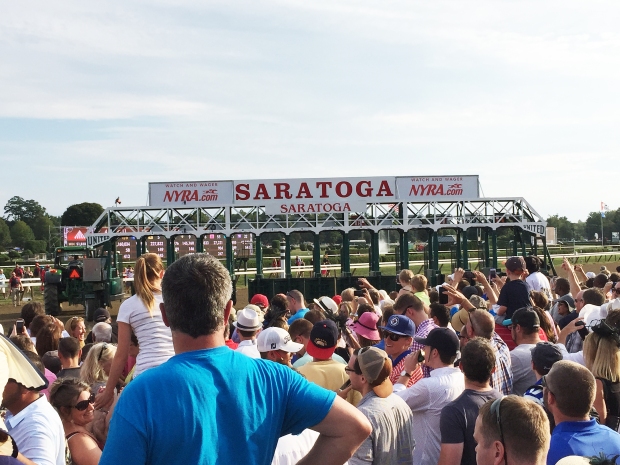 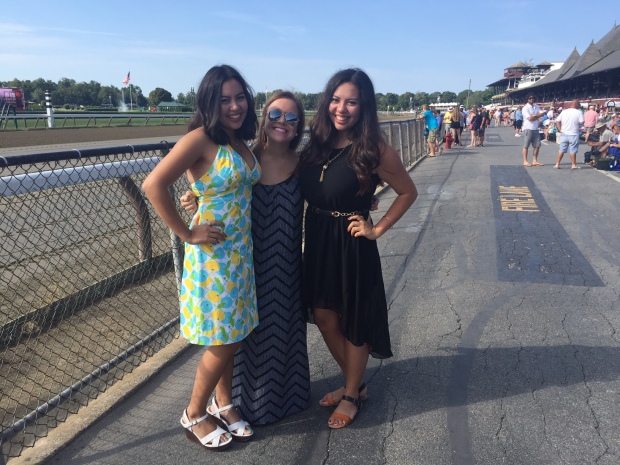 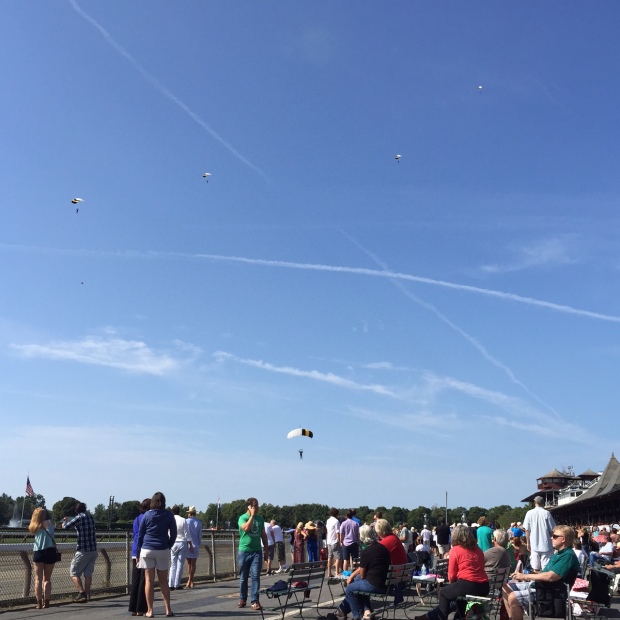 A huge part of Travers is the fashion, and we stuck to the “races look” with Tara wearing a Lilly Pulitzer dress covered in lemons that she got at a consignment store for only $18! I wore a black high-low dress with all gold accessories and then carried around a fuchsia bow statement bag for a pop of color! 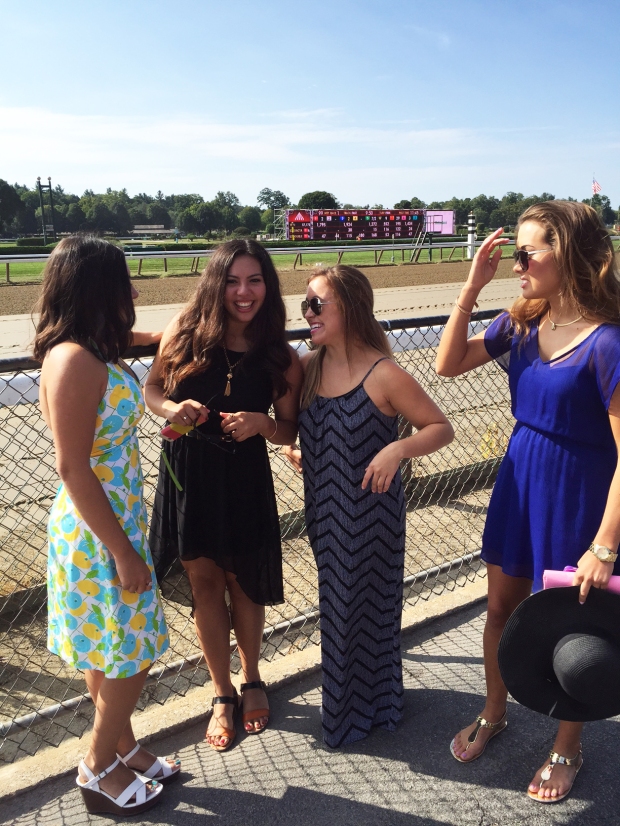 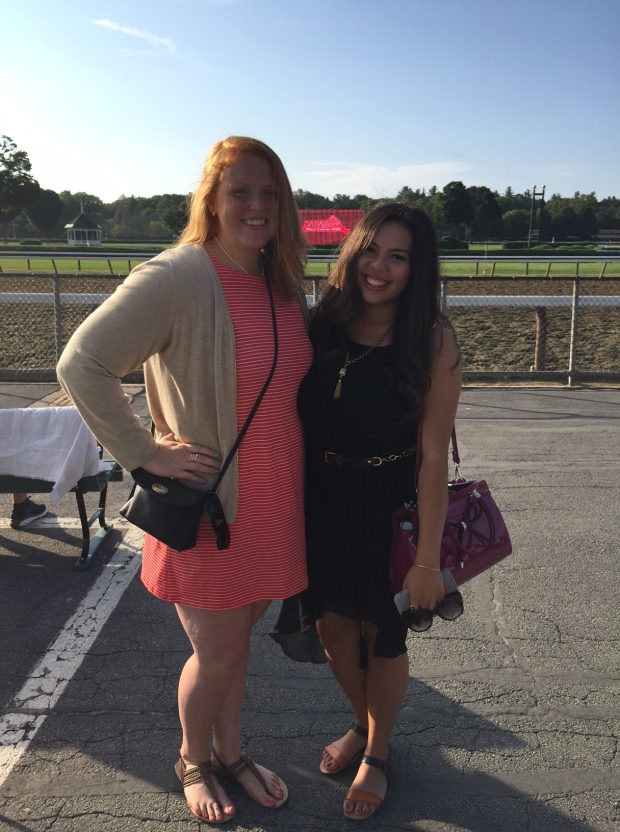 Since we were there all day we got pretty hungry and grabbed lunch from the new SHAKE SHACK (!!!) that’s there. We get our fair share of Shake Shack in NYC but we couldn’t resist getting this city staple in Saratoga! We just had to get the classic Shack Burgers. They also had a custom custard mix especially for Saratoga that I wanted to try, but I’ll save it for next time!

As for the Travers race itself, I’m sure many of you know how that went. American Pharaoh lost to Keen Ice in the home stretch and as upsetting as it was, it was still really cool to see a Triple Crown Winner race right in front of our eyes. Plus the atmosphere was so fun and exciting that it really was a one-of-a-kind opportunity. 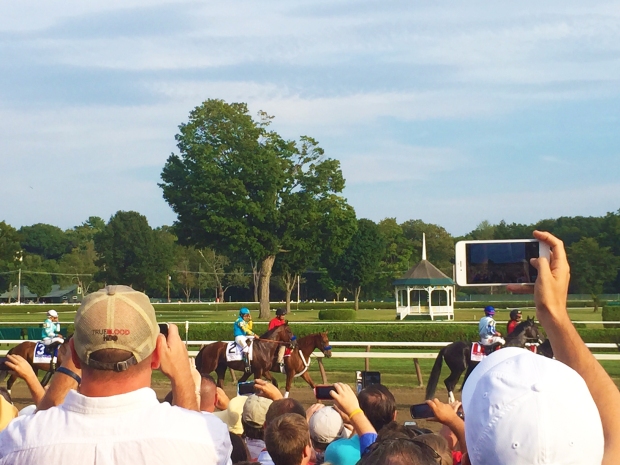 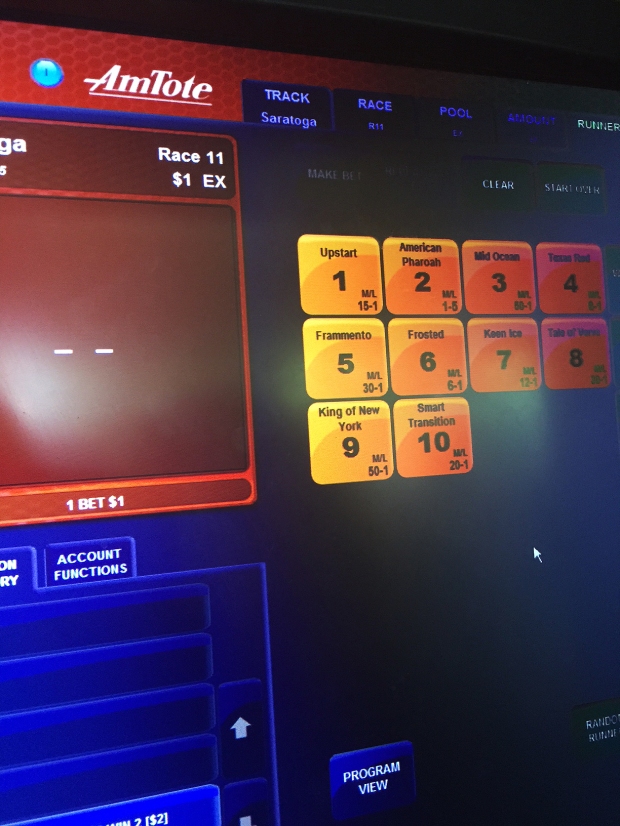 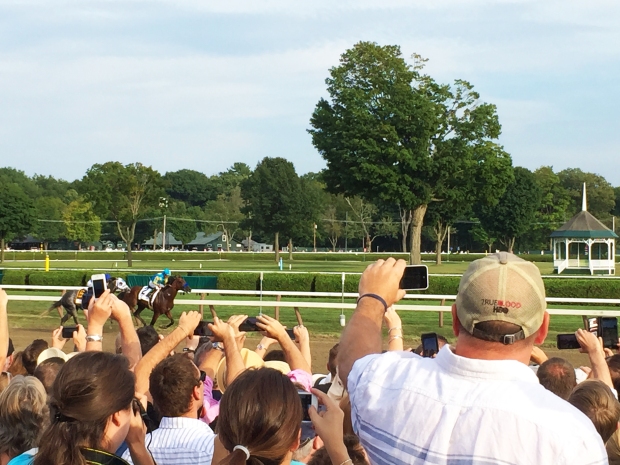 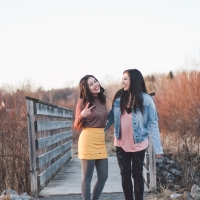 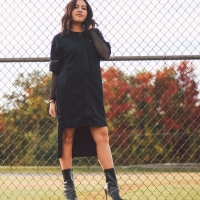 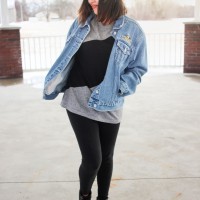 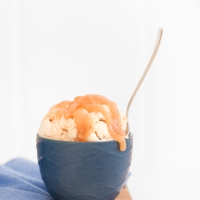